In order to create a prestigious international scientific forum, open up many opportunities for cooperation, share of experiences among the participants, as well as officials, lecturers and researchers of universities and institutes and academically exchange the research experience, orientation for the new studies, Quang Binh University, and Wroclaw University of Technology cooperatively held the 10th Conference on Intelligent Information and Databases Systems at Quang Binh University 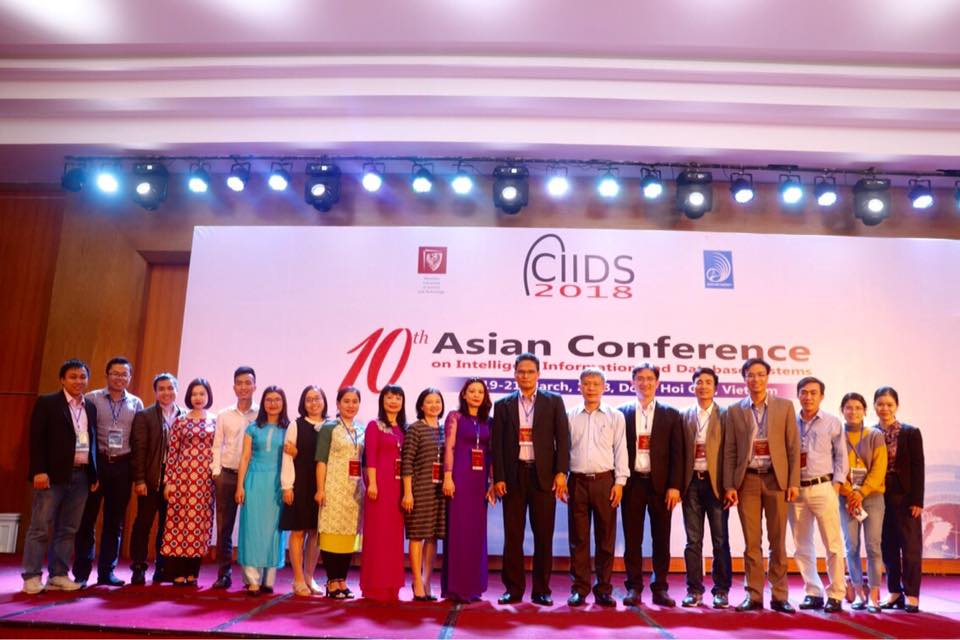 Asian Intelligence Conference on Intelligent Information and Database Systems (ACIIDS) is an annual conference organized by Prof. Dr. Nguyen Ngoc Thanh – the world’s leading scientist on group intelligence (Collective Intelligence – was founded and held for the first time at Quang Binh University in 2009. Since then, Quang Binh University has always been a companion and one of the important partners in the organization of ACIIDS events held in many Asean countries.

Over the last 10 years, ACIIDS has organized many conferences and seminars in many countries in Asia such as Vietnam, Korea, Japan, Thailand, Indonesia, Taiwan, Malaysia, specifically:

As can be seen, the ACIIDS conference series has attracted thousands of scientists, researchers in the field of artificial intelligence, intelligence information and database system to participate and has published more than 1526 hosted by Springer Publishing. ACIIDS convenes not only to create its own identity and identity, to retain its scientific position in Asia but also to influence the international arena in the academic field.

According to the statistic of Google Scholar and Spinger Journal, research papers published in the Proceedings of the ACIIDS series have been voted among the top 25% of works cited and referenced. The most widely cited works are 2014, 2015, 2016, 2017

On the occasion of the 10th anniversary of ACIIDS, the ACIIDS 2018 conference was opened at Quang Binh University. The 10th ACIIDS Conference (March 19-21, 2018) is an important milestone, marking the growth of the size and scope of the Conference as well as the return of the Association to Quang Binh, Vietnam. This is also an opportunity to show the prestige, the great development of the School as well as the enthusiasm and passion of Professor Ph.D., D.Sc. Nguyen Ngoc Thanh for the homeland Quang Binh in general and the Quang Binh University in particular.

According to Ph.D., D.Sc. Nguyen Ngoc Thanh – Head of Knowledge Management Systems at the Institute of Informatics at Wroclaw Polytechnic University, Polland – Head of the ACIIDS 2018 conference, said that the conference took place from 19th to 21st in his hometown of Quang Binh. At the conference, 140 reports were presented in 22 specialized subcommittees and more than 50 were presented in a poster. This is the result of a careful selection process taken by professors and scientists for nearly one year, from more than 430 articles from scientists around the world. The ACIIDS 2018 conference has made a special contribution by attracting nearly 300 delegates from 42 countries with the highest number of reports at the conference.

According to Professor Ph.D., D.Sc. Nguyen Ngoc Thanh this is not only a significant scientific event but also a good opportunity to connect Vietnamese scientists to the state of art research results about the field of Intelligent Information and Database system in the world. In addition, the conference is also a driving force, to help Vietnamese scientists in general and young scientists in particular in the field of computer science and information technology in general, especially the Artificial Intelligence and Team Intelligence and to have the conditions to published the works in the world prestigious magazines as well as the chance to promote and introduce Quang Binh to international friends. Hopefully, with the dynamic, creativity, enthusiasm and good cooperation between Quang Binh University and other universities in the country and abroad, the conference has been a great success, making the contribution positively to the science and technology and education and training of the country and the world.